The weather is warming up here in the Lake Havasu community.  The lake is starting to fill up with tourists and locals alike, all clammoring for a piece of the glory that is the Lake Havasu lifestyle.  It is also time for the Marine Association’s 2015 Lake Havasu Boat Show.  And there are even more fun events planned this year!

The 2015 Lake Havasu Boat Show is full of so much to see and do that there was no way it could be contained to only one day.  In the market for a new boat?  Schedule a special demo with a vendor at the show for either Sunday after 3pm or Monday, after the boat show is over.  Watch personal watercraft race each other on the lake at the “Watercross” Open on Saturday and Sunday.  See the latest and greatest in marine safety gear, equipment, boats, jet skis, Ski Doos and more demonstrated for you at the vendor booths.  Most of the vendors are offering specials that you will only receive if you visit their booth at the show this weekend!

The 2015 Lake Havasu Boat Show isn’t all about water-related fun, though.  Motorheads will love walking among the vintage beauties at the Legends by the Lake Car Show on Saturday and Sunday.  While you are there, come see the biggest gathering of hovercraft recreational vehicles around.  They operate both on the land and the water!

If you are feeling particularly hungry, you won’t want to miss the Chili Cook-Off.  Chili chefs from all around the country will be competing for cash and prizes throughout the weekend.  You can get involved by helping the judges decide on the People’s Choice winner.  Not a fan of chili?  Take a bite into some amazing salsa from the Salsa Challenge.  Proceeds from the cook-off and challenge will benefit the Lake Havasu High School’s Athletic Booster Club.

New to the 2015 Lake Havasu Boat Show is the very first Cornhole Championship.  This fun backyard game has gone mainstream.  And the competition is fierce!  For just $10 per individual or $15 per team for adults ($5 for kids), men, women and children are welcome to compete against other cornholers for cash prizes.  Download your Cornhole Championship application here.

Every year, thousands of people have fun at the boat show.  But the 2015 Lake Havasu Boat Show promises to be even better than ever before.  You won’t want to miss a minute of it! 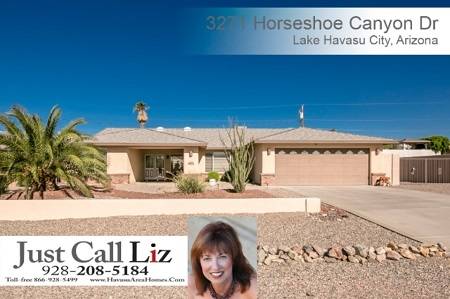