The sun shining overhead means that the lake is open for business.  When you have more than 300 of those days a year here in the Lake Havasu community, you have many opportunities to take advantage of all that the lake has to offer.  This week’s big event is the 2015 Lake Havasu Desert Storm Poker Run!

Named by Performance Boats Magazine as one of the “Top Five Poker Runs in the Nation”, the 2015 Lake Havasu Desert Storm Poker Run brings all the boys and girls to the lake for four days of absolute fun.  Things kick off today with a Krusin’ for Kids Charity Ride at the Nautical Beachfront Resort.  Special needs and underprivileged kids and adults from New Horizons will be coming to Lake Havasu from all over the state to take their own cruise around the lake.  Offshore Custom Marine located at 1515 Industrial Blvd will be hosting an open house from 6:30pm to 9:30pm.  Join in on the live or silent auctions to help raise money for local charities.

Tomorrow, April 23rd, is the Desert Storm Street Party along McCulloch Blvd.  From Capri Blvd to Acoma Blvd, Main St will be closed off to automotive traffic so that participants and sponsors of the 2015 Lake Havasu Desert Storm Poker Run can show off their boats on dry land.  The party starts at noon and continues on into the evening.

On Friday, the real fun begins.  Come to the Bridgewater Channel at 10am to watch all the participants in the run parade through the channel as they get ready to start the Poker Run.  After you wave adieu to the boaters, head over to London Bridge Beach for the Power in the Park Party.  Events planned for the afternoon include a Skyboard Rider show and a 5K Color Dash Run.

The Desert Storm Shootout takes place on Saturday from 9am to 2:30pm.  Boaters will compete on a two mile course that starts out at Site Six Launch.  Afterwards, join the poker runners for another Power in the Park Party at London Bridge Beach.  Awards will be handed out at a special ceremony at the beach from 6:30pm to 9:30pm that evening.  Only participants will be allowed at the ceremony.  If it is too windy or there is lightning over the lake on Saturday, the Shootout will be postponed until Sunday.

The lake is THE happening place to be this weekend.  Spectator watercraft are allowed on the lake.  Just make sure you extra vigilant because there will be heavy traffic on the water.  There will be no boat parking allowed in front of London Bridge Beach during the 2015 Lake Havasu Desert Storm Poker Run.  For more information, please contact Jim Nichols with Lake Racer LLC. 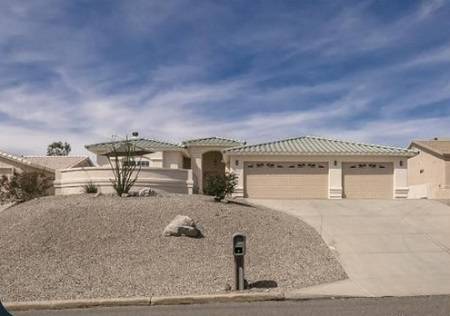