Things are really starting to pick up in the real estate market here in Lake Havasu City. Last year’s sales figures stopped the downward trend we had seen from previous years by ending up higher than 2011 sales with a total of $299,764,047 from residential listings.  That was almost 5% higher than 2011’s figures ($285,131,895).

According to WARDEX (Western Arizona Regional MLS), in the last sales quarter of 2012 (October, November, December), 400 Lake Havasu homes were sold. The average sales price was $193,336, which was 96.2% of the average listing price ($200,770), ending the quarter at approximately $109 per square foot.  In fact, December’s figures showed that the average sales price was actually 97% of the initial asking price, the strongest of the three months.

Lake Havasu homes and condos during the final quarter of 2012 were on the market an average of 126 days before they were sold. This was slightly better than the same time the previous year.  January 2013 showed an improvement on that, with the average days on market coming in at 124.

In comparison, there were 374 Lake Havasu homes sold in the final quarter of 2011.  During that time, the average home also sold for 96.2% of its original asking price.  However, the price points were much lower.  The average Havasu home sold was initially listed at $174,164 and eventually sold for $167,479 after 127 days on the market.  That came out to $98 per square foot.

As you can see, the Lake Havasu real estate market has seen a nice improvement in price while remaining relatively steady in list price vs. sales price.  However, many experts are saying that the demand for homes will increase in 2013 due to the fact that most of the inventory of foreclosures and short sales that glutted the market over the last few years have already been bought.

Traditional home sales and even the new construction markets are expected to see an increase in demand, creating the opportunity for many offers on a single property as buyers and investors take advantage of continuing low interest rates.  When you’re ready to buy or sell your Lake Havasu home, please contact me. 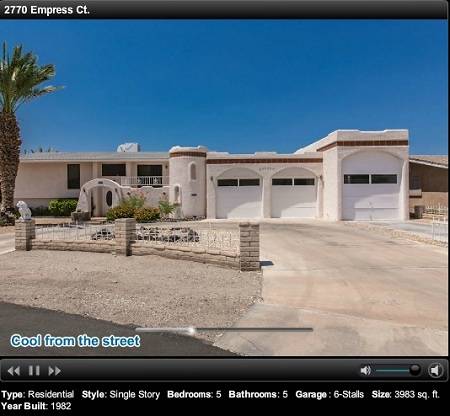 For more info on this lot and other Havasu homes for sale, please click here.