Are you interested in purchasing a new Havasu home?  Now may be the perfect time.  The March 2016 Lake Havasu Home Sales Report showed that the average sale price is down slightly from last year.  It also looks like total sales for the month were down as well.  Could this mean that Buyers have a slight advantage in the Lake Havasu real estate market?  Read on to learn more.

Vacant Lake Havasu land is up slightly in total sales, but has gone down in average sale price.  Last year, 50 lots were sold in March.  This year, a total of 51 were sold.  The average sale price decreased from $84.374 in March 2015 to $71,624.31 last month.  If you are interested in purchasing a vacant property for a future build or as an investment, now just might be a good time.  There were 248 active listings in March to choose from.

Do the lower sales and prices mean that the Lake Havasu market is beginning to turn towards the Buyer’s favor?  Only time will tell.  What we do know is that it is a great time to buy right now.  The rates on a 30 year fixed-rate mortgage remain below 4%.  The Federal Reserve will be releasing a statement from its most recent meeting later today.  They are not expected to change the benchmark rate.  So, mortgage rates could remain like this for a little while at least.  Their next meeting will be in mid-June.  Contact me when you are ready to start your Havasu home search. 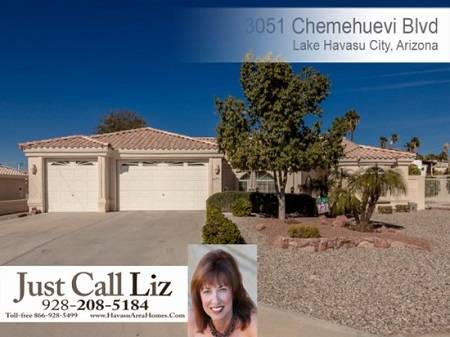