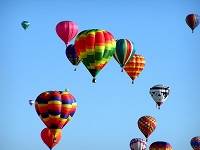 The 2016 Lake Havasu Balloon Festival and Fair is sure to be three days of some of the most spectacular sights you have ever seen.  Hot air balloons have been around since the late 1700s.  And humans have been mesmerized by them ever since.  Come see why the American Bus Association has named this one of its Top 100 Events in North America two years in a row.

Whether you are in a hot air balloon or are just around them, the 2016 Lake Havasu Balloon Festival and Fair is a treat for the eyes.  Each morning offers up a mass ascension at 7:45am.  It is amazing to see these beautiful aerial works of art fill up and take off.  At 6:30pm each evening, there is a spectacular Night Glow.  Trust me.  You need to see this!  And bring your cameras because you are going to want to capture this moment.

In between the morning ascensions and Night Glows, there are plenty of activities at the 2016 Lake Havasu Balloon Festival and Fair to keep you busy.  Watch the skydivers perform aerial acrobatics.  Listen to live music while sipping on a frosty beverage in the beer garden (ages 21 and over only, please).  There will be kite displays and dog shows, carnival rides and bi-plane shows.  You can even take a ride in one of the balloons if you’d like.  It’s $200 for an untethered ride and $20 for a tethered one.  You will find a complete schedule of events here.

At the 2016 Lake Havasu Balloon Festival and Fair, you can watch them, ride in them or even run with them.  Yes, I said RUN with them!  That’s because there is a fun 5K run/walk on Saturday.  For just $45 per person (or $40 for high school students, $99 for families and $150 for a team of four), you can run or walk alongside these beautiful airborne works of art.  Check-in time is at 8:30am at the London Bridge.  There will be 10 different areas along the course that you can shake your groove thing, grab a drink of water and rest up.  Everyone ends up back at the Balloon Festival’s main stage for a dance party.  For more info and to purchase tickets, visit the Havasu Balloon Fest website here.

Last year’s balloon festival had over 24,000 people watching 78 balloons fly over our Lake Havasu community.  The 2016 Lake Havasu Balloon Festival and Fair looks like it’s shaping up to be even bigger.  Are you going to be there? 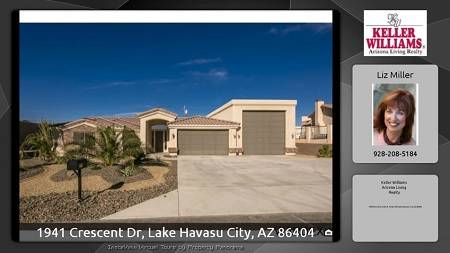