Just a couple of weeks ago, I wrote about how our Lake Havasu community was named the Top Off Roading Spot in Arizona.  If you wondered why, it’s because of events like the Havasu Motocross Grand Prix 2016.  Outdoor motocross racing in December?  Just another day when living the Havasu lifestyle!

It appears that the most valuable piece of Lake Havasu real estate this weekend exists at SARA Park.  Come cheer on the competitors as they race around the six mile desert course that comprises the Havasu Motocross Grand Prix 2016.  Racers chase each other over sand washes as well as natural desert terrain.  The track includes both Moto and Enduro sections for added excitement.

Practice sessions for the Havasu Motocross Grand Prix 2016 take place on Saturday from 9am to 1pm.  Actual racing kicks off at 11am on Saturday.  Yes, practice goes on while racing happens.  But that’s OK because practice only happens on the top track.  Afternoon racing continues from 1pm to 5pm on Saturday.  Finally, the last racing happens from 6:30am to 11am on Sunday.

Come out to the Motocross Park at SARA Park this weekend for some amazing racing at the Havasu Motocross Grand Prix 2016.  Dirt bikes, UTVs and quads all compete in their own categories throughout this two-day event.  Cheer on your favorites and enjoy the sunshine! 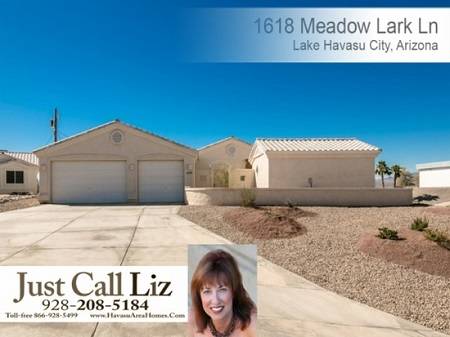