Since 2014, Hospice of Havasu has hosted a truly one-of-a-kind event.  At the Hospice of Havasu 2017 Reinvention Project and Auction, “reinventors” re-purpose different materials to create wonderful works of art.  Some art you look at.  Other pieces, you wear.  All of it is amazing.  And all money raised benefits Hospice of Havasu programs.

If you’ve ever known a terminally ill loved one, you understand how hard this can be for them as well as yourself.  Hospice of Havasu helps make this final transition go much more smoothly for all parties involved.  Their staff truly are angels on earth.  The Hospice of Havasu 2017 Reinvention Project and Auction helps them continue their work.  Reinventors compete for two different titles.  First, a panel of judges from the Lake Havasu community decide who will receive the “Best Reinvention” award.  Then, every guest at the event gets to cast one vote for their favorite reinvention project.  After all votes are tallied, a “People’s Choice” winner will be announced.

In addition to the exhibition of reinvention projects, guests can snack on hors d’oeuvres while sipping a beverage.  Visit the silent auction table to bid on one of the projects.  You never know.  Your favorite reinvention project may just make it home with you…for the right price.

On an entirely different note, head to SARA Park this weekend for the Lake Havasu 2017 Winter Blast fireworks show.  Gates open at 3pm.  Vendors open at 5pm.  The first show starts around 7:30pm.  Tons of fun the whole family can enjoy! 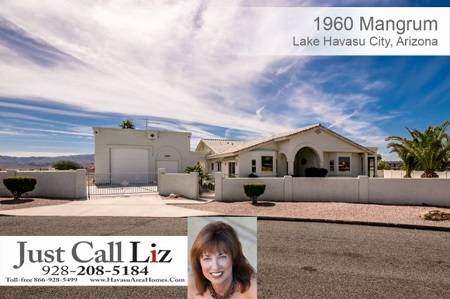