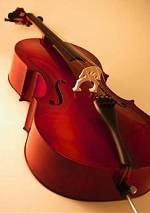 The weather may be cooling off but it’s still beautiful enough to enjoy an evening outdoors.  If you love music, you’re not going to want to miss the final Lake Havasu Concerts in the Park 2013 performance this Friday, October 25th.  This will be the last live performance of the series for the year.

The Lake Havasu Concerts in the Park 2013 is sponsored by the Lake Havasu Parks & Rec Dept in partnership with the Barley Bros Restaurant.  For the final concert of the season, Garlin Hackney & Driftback will be performing their Rockabilly best live on-stage.  Concert goers are invited to bring a blanket and/or chairs to listen in comfort.  No coolers are allowed.  Food and other refreshments will be available for purchase from local Lake Havasu City vendors on-site.  Gates open at 5pm.

The Lake Havasu Concerts in the Park 2013 series fills up quickly.  Plan on coming early so you can choose a good spot.  Grab your favorite guy or gal and head to London Bridge Beach this Friday.  Don’t miss out on the final Concert in the Park performance this year.