Our Lake Havasu community may be centered around the body of water it is named for, but that doesn’t mean watersports are the only things to do here.  With temperatures in the triple digits right now, you may want to pursue inside activities.  Get out of the sun and still have fun at the Lake Havasu CRBIA Charity Bowling Tournament.

The Colorado River Building Industry Association (CRBIA) believes in giving back to the community.  Each year, they host a fun bowling tournament.  Proceeds from the tournaments benefit local charities.  This year’s Lake Havasu CRBIA Charity Bowling Tournament offers up an afternoon of fun with a decidedly 50s flair.  Whoever comes dressed in the best “rock-n-roll” gear could go home with a $25 prize.

The CRBIA needs 32 four-person teams to compete in the Lake Havasu CRBIA Charity Bowling Tournament.  Your $30 per person fee includes three rounds of competitive bowling, a catered lunch, a drink ticket, a commemorative T-shirt and some other fun swag.  Shoe rental, on the other hand, will need to be done through Havasu Lanes for an extra fee.  The top three placing teams win cash prizes ($100 for third, $140 for second and a grand prize of $200).  Bowling skills not up to snuff?  That’s OK.  The last place team gets a special prize, too.  Don’t forget to grab some raffle and 50/50 tickets for other prizes throughout the afternoon.

Help make some “Happy Days” for local charities.  Sign up for the Lake Havasu CRBIA Charity Bowling Tournament now.  The deadline to enter is August 18th…or until 32 teams have filled the roster, whichever comes first.  Get out there and have some fun! 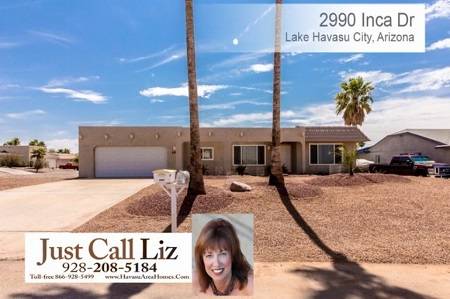