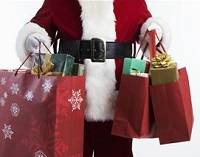 I can’t believe that it’s already time for the Lake Havasu Festival of Lights 2013.  It seems like just yesterday we brought our family down to the English Village to see it decked out in thousands of sparkling lights.  This annual kickoff to the Christmas holiday season in Havasu has become an annual tradition for me and my family.  Like the 17 years before it, this year’s festival starts the evening after Thanksgiving and continues on until after the new year.

There is a chill in the air, even here in the desert.  While it’s a bit nippy to be diving into the water, there’s nothing stopping you from enjoying yourself on or near the water.  The Lake Havasu Festival of Lights 2013 illuminates the bridge, Old English Village and the other businesses around it with over a half a million twinkling lights.  You have no choice but to embrace the joy of the holiday season once you set eyes on them.

This year, dozens of contestants are expected to swim across the English Channel (aka the “Bridgewater Channel”) from Shugrues to the London Bridge Resort at 6pm.  Whoever finishes with the quickest time gets to flip the switch, officially starting the Lake Havasu Festival of Lights 2013.  Cheer on your favorites to victory.

Santa will be making a special trip to our fair city to watch over the festival as well as take requests for Christmas presents from all the good little Lake Havasu girls and boys.  Parents are welcome to bring their cameras to capture this moment with their little ones and the big man.  He’s promised to make an appearance in the English Village from 6pm to 8pm every Friday and Saturday through Christmas, in case you aren’t able to make it for the festival’s opening night.

Feel free to make my family’s tradition one of your family’s traditions.  Visit the Lake Havasu Festival of Lights 2013 on its opening night, November 29th.  I can almost guarantee that you’ll leave filled with the holiday spirit.  Happy holidays, everybody!