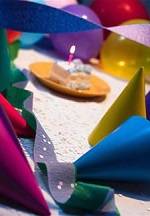 To commemorate Lake Havasu’s Golden Anniversary, several local organizations will set up special exhibits showcasing the big events in Lake Havasu City’s “lifetime”.  There will be food, live music and special presentations by local Lake Havasu performance groups paying homage to the city.  It seems appropriate that the Tinnell Memorial Action Sports Complex will be officially opening on October 19th as well.  When you throw in the Fall Fun Fair at the ball fields from 3pm to 8pm (where game tickets are just $0.25 each), you and your family will be entertained the entire day!